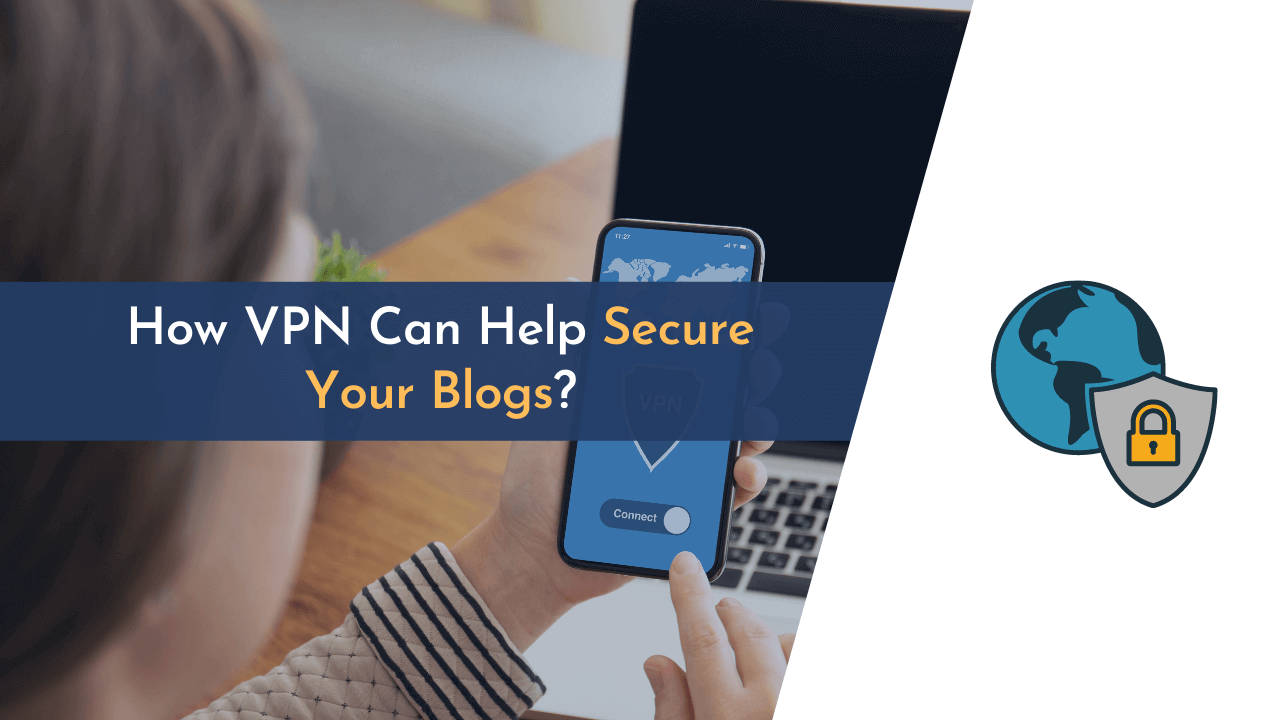 Your blog is your online identity. It’s your voice, and it represents thousands of hours of hard work. If you’ve played your cards right it’s an income stream or aims to be one.

But how secure is it? Did you code the site yourself after watching a few YouTube tutorials? Are you using HTTPS to protect your login details? Are you on the road and signing in from cafes and guesthouses all over the world? How do you keep this precious online resource safe?

A VPN is the answer you’re looking for. It’s not the one-button solution to internet security, but it sure goes a long way towards protecting your online blog.

Reasons to Use VPNs

There are a number of reasons to use a VPN while accessing and posting to your personal blog. Let’s take a look at 6 of them.

Public WiFi over HTTPS is safe.

Anytime you see a padlock in the corner of the URL bar, you are good.

However, hackers can make fake WiFi networks and trick your browser into using old HTTPS, or trick you into signing a certificate or continuing a session.

Faking a WiFi network is really not a hard thing to do. The software is free, and it takes around 5 – 10 minutes to set up.

A malicious network can be called something generic like “free-WiFi” or better yet “Starbucks 2.8“.

Hackers can then launch a POODLE attack that forces the browser to use HTTP stripping the modern encryption.

The user will get an error. You’ve likely seen one of these errors before.  “Your connection is not private“. “You are connecting to this site via HTTP are you sure you want to continue“. 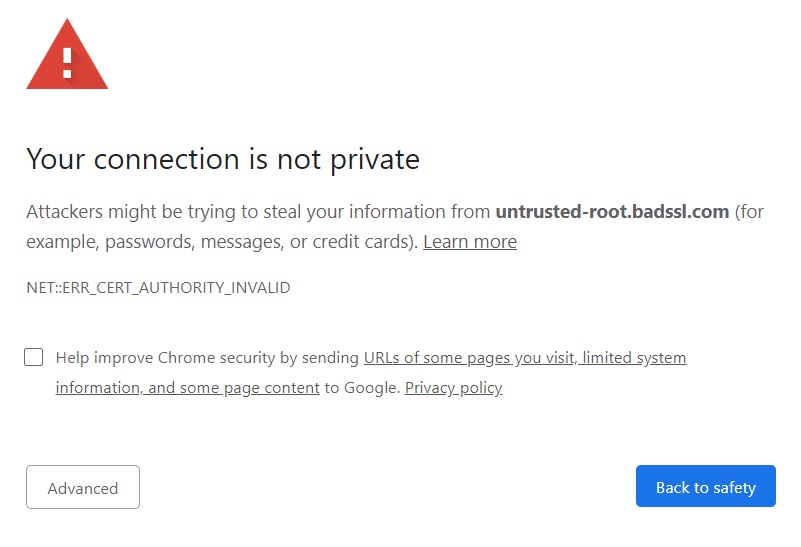 Most of the time, people will click “Advanced” and continue. If that happens, and a hacker is intercepting your packets, then all the passwords, usernames, photos, and everything you are sending over that network is visible cleartext.

A VPN is an additional layer of encryption.

It is underneath the HTTPS encryption. Imagine the layers of encryption are like envelopes. If the HTTPS envelope is open and stripped away, then the VPN encryption is still there below it, unable to be opened and keeping all your credentials private.

If you’re sharing cupcake recipes or writing about the best beaches in Bali, it’s unlikely that you’re overly concerned with persecution from what you write in your blog.

But what if your blog is a little riskier? What if you’re covering controversial news stories, reporting on corruption, or sharing unsavory opinions?

The internet isn’t what it once was. In 2006, you could post whatever you wanted and nothing would ever come of it. Now you can lose your job, get your visa canceled, or unlock a pool of endless online rage that destroys your livelihood, all because of something you said online.

For example, Travel blogger Nathan Allen has been declared persona non grata in the Philippines (he can never return) for an off the cusp comment he made about a local tourism office that didn’t respond to his emails.

This information is especially relevant in the developing world where press freedom isn’t guaranteed, and outrage is more likely to descend into violence and retribution.

You need a VPN to hide your online identity as an author unless everything you write is all sunshine and rainbows.

This is related to the last point. If you’re worried about the repercussions of your words, you’ll censor your opinions and that cripples your integrity. It’s a sorry state of affairs but VPNs and journalism go hand in hand.

As what we say online starts to matter more and more, anonymity can be the only way to maintain privacy. If your blog is hacked, or your internet service provider is hacked then it can give away that you’re the owner of your blog.

Geoblocking is when content or services are blocked in specific regions. You want to post on your blog but can’t even access the site because it’s been banned in your country. Medium.com is one of the largest blogging sites on the planet, yet it’s blocked in Vietnam, Egypt, and China. It was temporarily blocked in Albania and Malaysia – the block has since been lifted – some Malaysian ISPs still enforce it.

WordPress.com is another massive platform for hosting blogs, and it is blocked in China. You can still download the open-source version of WordPress and host it somewhere else. Or you can get a VPN.

WordPress.com has also been blocked in Turkey in the past.

5. Blogging at School or Work

If you log in to your blog at school or your work, then the systems admins are going to know that you write it.

This can be a problem. If you go to a very conservative school, and you write about something controversial or taboo, they might be worried about how it could affect their reputation. Students have been preemptively expelled for blogging. Not in Saudi Arabia or Iran, this happens in the US. The US also has the most comprehensive monitoring of students in the world.

eff.org reports that “The surveillance technology currently in use includes software to scan students’ social media posts, cameras with facial recognition and other scanning capabilities, and microphones to “detect aggression.” Schools can even track you on devices that they don’t control: if you have to download a certain kind of security certificate to use the school Internet, they may be monitoring your browser history and messages you send.”

Honestly, using a school laptop for anything private is madness, but at least with a  VPN on a device you own, there’s a chance that the system admin won’t see the real destination of your traffic.

If you need to research topics for your blog that might get you into trouble you can do that discreetly with a VPN.

If you’ve ever traveled to another country, one of the first things you’ll notice is that the internet is different. Your Google search leads to different results in the local language. You are served news from the city you’re in. In Thailand, the date even changes as you’re using the Buddhist calendar which counts 2022 as the year 2565. For a blogger or journalist, this is very useful.

If you want to get information from a specific country, the first thing you do is tell your VPN to make it look like you’re in that country. You will need to clear your cookies or browse in incognito mode before this takes effect. If you started a session in the UK, Google’s not going to suddenly think you’ve teleported to Japan. This can improve your blog by helping you find information that others wouldn’t.

Some news sites aren’t accessible outside their home country. If you live in a  country with a reputation for being the origin of botnets and DDOS attacks, your requests will be blocked or limited because your traffic isn’t valued as highly. Is it fair? Not really, but it’s a cybersecurity decision that was made based on data and pattern recognition, so you can’t get too upset about it.

How Do VPNs Actually Work?

A VPN is similar to a mail forwarder in that it acts as a go-between for your computer and the world wide web. Your ISP (internet service provider) receives all your traffic. This is unavoidable. It is the post office. What the VPN does is address all traffic leaving your computer to the VPN’s server, and this is all your ISP knows.

It has no idea where that traffic is going after it reaches the VPN server.

This is how a VPN can increase your security and privacy while online. Encrypting all traffic to and from your computer makes it much harder for someone to snoop on what you’re doing or find out where you are.

The VPN client is the software you’ll install on your computer. It collects all the internet packets before they leave your computer and wrap them in an encrypted envelope. On this envelope is the address of the VPN server. All traffic is re-routed to the server, where the envelopes are unpacked before they are forwarded to their intended destination.

In reverse, it works the same. The site you’re on sends responses to the VPN, that’s then routed back to the client in an encrypted envelope that the ISP is unable to open.

Don’t Get A Free VPN

If your goal is privacy and security then a free VPN is worse than no VPN at all.

See the thing about a free VPN is that it needs to make money somehow.

Running a VPN service is a costly endeavor.

Servers are expensive hardware, they use electricity, and they need to be physically located somewhere and there’s a rent cost associated with that.

About now you should be asking yourself, “if free VPNs are expensive to run, why are they free?” Don’t worry they are making plenty of money. They are selling your data to advertisers and doing it while offering a subpar, insecure service that’s a significant security risk. Other free VPNs have been accused of injecting ads into the websites that you visit.

“UFO VPN, for example, claimed to have a zero-logging policy. Security researchers audited and found that the company’s logging database was exposed to the internet, without a password. Guess what — the database was packed with logs, which detailed user activity, including clear-text passwords and which websites users were visiting.

Let’s Wrap This Us

There are clearly many reasons to use a VPN for securing and improving your blog. If you write about cooking and non-controversial topics, your only reason to use a VPN is for protection on public WiFi and other shared networks.

If you write about topics that could land you in trouble, and you’d like to keep your identity secret then a VPN is essential.

TheGuideX is an award-winning blog where we cover Blogging, WordPress, SEO, and Affiliate Marketing related topics.

How to Start a Blog